In its efforts to progress wind farm projects stuck in development due to bat concerns and reduce the impact of wind farms on bat populations while increasing the energy production and revenue potential, Natural Power brought together a team of bat experts and technology and software engineers to develop this new service. 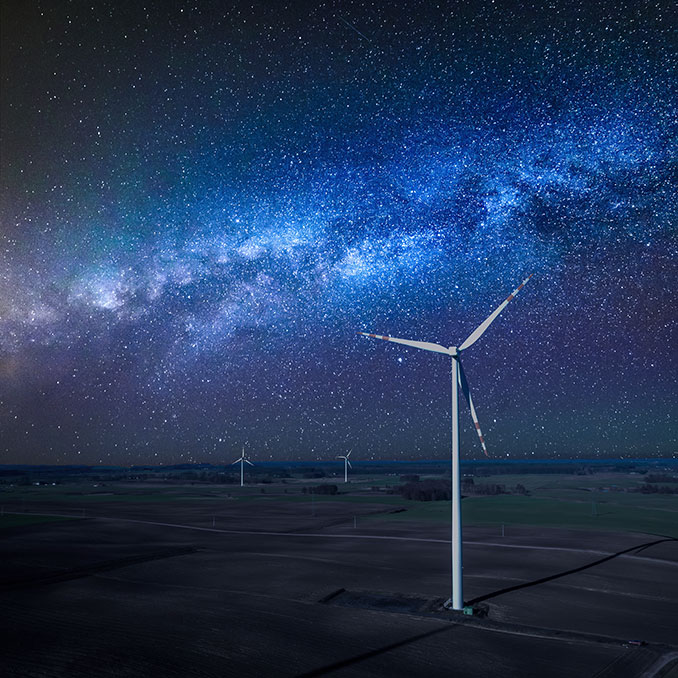 Jim Adams, president of Natural Power in North America, said: “What we were trying to solve was a complex puzzle across multiple disciplines. It required a deep understanding of bat behaviour, as well as interactions with wind farm operational controls. We had to design our DARC service to have no mechanical impact on the wind turbines and to maintain the highest level of cybersecurity that our clients expect.”

Following a proof-of-concept deployment in 2019 and supported by the U.S. Department of Energy (DOE) as well as the National Renewable Energy Laboratory (NREL), Natural Power worked with Alliant Energy to install and operate a full system from August to October 2020 at the English Farms wind farm in Iowa.

While the exact production numbers for the 69 wind turbines at English Farms are not public, for a wind farm of similar size with average wind conditions, DARC will easily increase the energy production by more than 5,000MWh per year. Natural Power is confident that through upgrades already planned during 2021, this will further increase.

Christine Sutter, head of wildlife technology at Natural Power, said: “Having the DOE critically review our study design and reports ensures our clients will receive unbiased results on the DARC system. Access to NREL’s GE 1.5MW wind turbine gave us the ability to test the impact of the system far beyond what we would normally be able to do in field deployments.”

She continued: “Furthermore, working with Alliant Energy enabled us to use its historic bat activity and wind data to forecast the environmental and financial benefits of DARC. Their confidence in Natural Power also gave us the opportunity to gain the necessary endangered species research permit from the U.S. Fish and Wildlife Service for the study under the DOE umbrella.”

Results from the full-scale deployment have also served to validate the suitability analysis tools that provide an early estimation of the energy increase through DARC at a specific project. Using bat monitoring data and wind measurements from a wind farm site, DARC is able to quantify the impact of various curtailment strategies, comparing the impact on energy loss and bat fatalities of blanket curtailment and DARC. This can then be reflected in the financial analysis of a development project to show the benefit DARC can bring to a wind farm.

The acoustic monitor sits on top of the nacelle and listens for bat calls. When it detects bat activity, it sends a signal to the DARC server where it is processed alongside other SCADA signals from the turbine and meteorological data. The server then decides whether the turbine should shut down or not. If it forces a shut down, the blades will slowly come to a stop before lying motionless for 30 minutes. If more bat activity is detected during this time, the turbines will continue to lie still for ten-minute increments until no activity is detected. The turbines will then start up again.