Is your project underperformance caused by trackers? 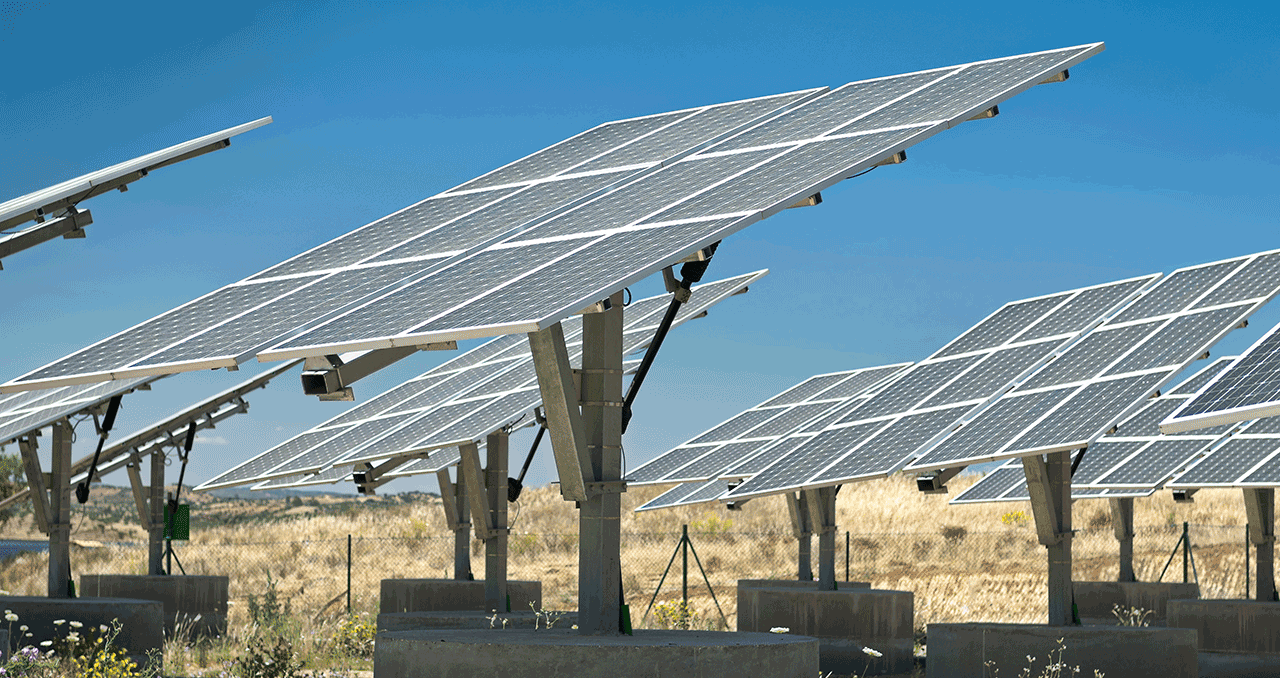 Solar racking systems that track the sun, or trackers, have existed in the industry since the late 1980s. While they were initially used for concentrating solar systems, trackers today are deployed in conventional photovoltaic (PV) projects around the world. As tracker costs have decreased, their market share has grown and trackers are now being deployed at higher latitudes, in more complex terrain and in remote locations. Today, almost all utility scale projects in the southern half of the US utilize trackers.

One of the considerations for trackers relates to maintenance. Trackers are one of the only moving components in a PV system. They have motors, controllers and sensors that can fail and require regular replacement. The second consideration is performance. In estimates of PV system energy generation, trackers are typically modeled in an idealized state such that they track the sun and minimize row to row shading perfectly. In operational projects, this is not always the case. Trackers can deviate from the idealized tracking angles, they can go offline, and they can stow due to high wind speeds. They require regular tuning and performance checks as part of the maintenance plan.

Tracker performance is a key aspect of Natural Power’s performance analysis for operating projects. Figure 1 shows the tracker tilt angles of 100+ trackers from a single PV system. The variation in tracker tilt angles at any individual time is significant. At 1pm the range of tilt angles is approximately +/- 6 degrees. Tracker suppliers typically quote tracking accuracy in the +/- 2-3 degree range. In an ideal system, these trackers would all be exhibiting very similar tilts during the prime solar generating hours of the day. 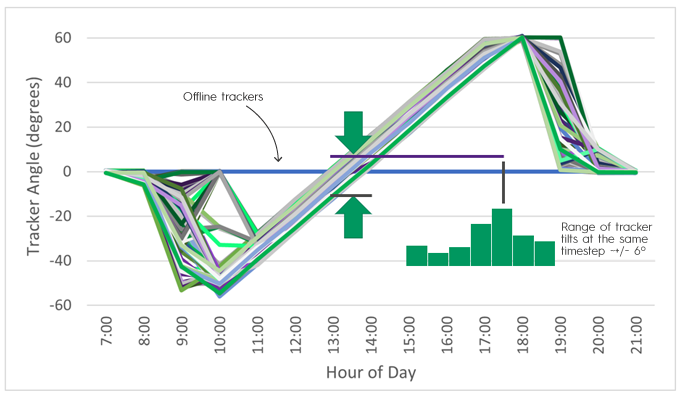 While it may seem like this error in tracker tilt angles is insignificant, it can translate into quantifiable energy losses at the meter, and thus lost revenues from the project. Figure 2 shows the performance index (actual energy vs. ideal energy) of individual trackers in the PV system above. The median performance index is approximately 97%, resulting in a potential 3% lost energy production. This loss is typically not captured in initial energy estimates for a PV system. Further, tracker availability or tracker performance is typically not captured as a requirement in O&M contracts and can go undetected. 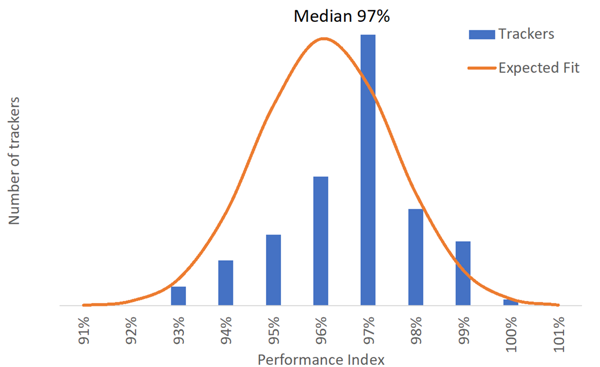 Figure 2. Performance index of 100+ trackers in the same PV system