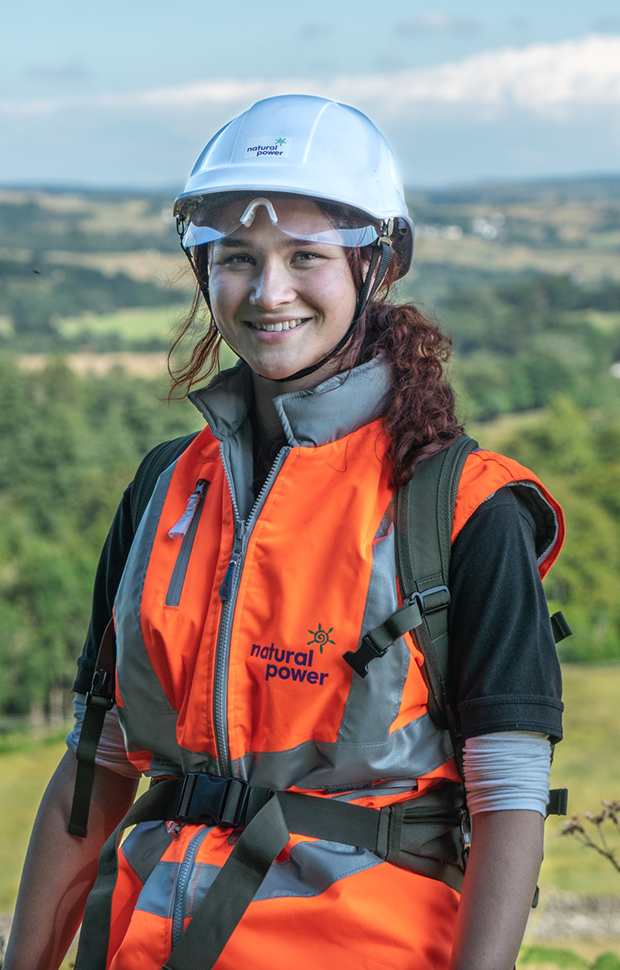 What does your role entail?

I work within the Geotechnical department, and my time is split between being in the office assisting in desk studies and being on site working on ground investigations, which are carried out before construction begins on site.

The ground investigation consists of different intrusive tests and methods to decipher the soil and rock profile, and parameters. This can be things like rotary drilling, in-situ testing, detailed peat studies, trial pitting and peat probing. This information is then compiled into a report and used by the Planning and Construction teams. At my desk, if I’m not processing the data collected, I could be using mapping software to look at information relating to sites or preparing points of interest for a site visit.

So far, I’ve worked mostly on wind farm sites, but more recently I’ve been working on an overhead power line route and even a geothermally heated swimming pool.

What does your day typically consist of?

My job varies a lot, so I couldn’t really say there was a typical day! It often depends on any client requests, what stage the work is at, historical land uses of the site and many other things.

The first job I had was to carry out over 1,000 peat probes at a site in Ayrshire to measure the peat depths on the proposed turbine access tracks. The site is near an old WW2 practise bombing site, so an explosive ordnance disposal (EOD) had to accompany me to scan for unexploded ordnance before I could penetrate the ground with the peat probe. Since then, I’ve done lots of detailed peat studies, in-situ testing and walkovers, both in Scotland and Northern Ireland. What I can say is that my field work almost always consists of a lot of walking, and it’s often over beautiful landscapes!

After a chunk of field work often comes a chunk of desk work to process the data collected and display it in a way that it can be passed on to the client. It’s a great balance between the two, and it’s always nice to sit down at a desk after a lot of walking and vice versa. 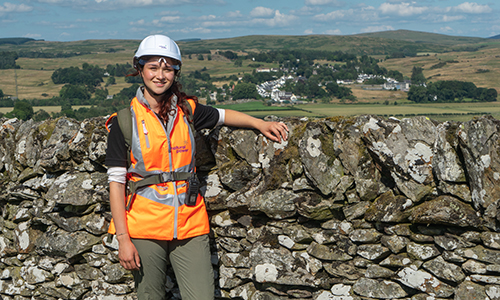 What do you enjoy most about your role?

It's hard to say just one thing, but what’s really stood out to me from the start is the sense of community and teamwork at Natural Power. Within two weeks of starting, I felt as if I’d been here for two months, as everyone was so friendly and welcoming – it helped me settle in quickly. My line manager Allan checked up on me regularly to see how I was getting on and got me involved in lots of different projects.

Another would be the amount of training I’ve received since starting: NPORS 4x4 training, construction skills certification scheme (CSCS) and Health and Safety Awareness course, Level 3 First Aid, hill training and lots of Teams meetings explaining how to use different Natural Power computer programs. It’s increased my confidence hugely, and I feel safe on site knowing I’m prepared for any difficulties that could arise.

I've always been an outdoorsy person, so the fact that I get to simultaneously enjoy the outdoors, learn about it, and actively help it through my work is a dream come true!

How did you get into the role in the first place?

Initially, it was a parent of a friend who spotted the advert for the internship, and they thought it would be a good fit for me. When I read the job description, I was immediately intrigued: it sounded brilliant and was exactly what I was looking for. I filled out the online application and was delighted to be given an interview a couple of weeks later.

The interview was on Teams and had a panel of three: Toby Gilbert, head of design and geotechnical; Mae Aldridge, geo-survey project manager; and McNabb Laurie of The Galloway Glens Landscape Partnership, which would be funding the internship. I was nervous upon realising there would be a panel of three; however, it took only a couple minutes to see how friendly everyone was, and I felt I could be myself. When I found out a few days before Christmas that I had got the position, I was thrilled. Christmas 2020 was one to remember.

About four months into my internship, I became more conscious that the end of my six-month contract was getting closer. I was enjoying the job so much and was over the moon when my line manager told me that they had decided to give me another six months. Then, when my new contract came through, I realised it had been extended to a year!

The past six months has inspired me to pursue higher education in this field, so I’m hopefully going to be starting a part-time Honours degree in Environmental Science with the Open University while working alongside with my new contract. 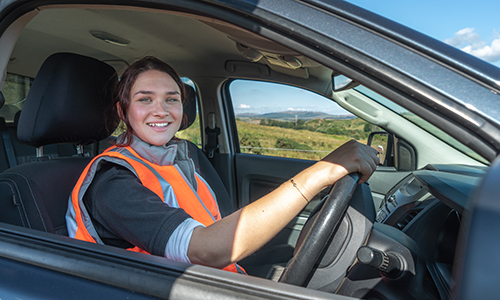 What is the most interesting thing you’ve learnt so far and why?

Even before I started the job, I already had a keen interest in peat. We have so much of it in Scotland, and it’s really engrained into our culture. However, I didn’t realise quite how important it is and how much of an impact it can have on our environment. Learning about its history and how much carbon it stores was fascinating, and I’ve really enjoyed working on detailed peat studies, as the information from these is used to prevent things like peat slides happening during construction, which could be seriously detrimental to the environment and affect water courses and carbon emissions.

One highlight for me was working on a peat study in Ireland where we came across an area of very deep peat descending over six metres deep. Using the peat corer, we took samples of the peat and found fragments of wood that had been perfectly preserved metres under the ground. To put this into perspective, peat accumulates from decaying moss and plant matter at only 1mm per year, meaning anything found metres under the ground would be thousands of years old. Peat preserves things very well, and on the first job I worked on we had to have an archaeologist supervising trial pits in case we discovered anything of historic importance.

What has been your biggest achievement so far while at Natural Power?

Finding a career path that I’m truly passionate about and working hard to show I’m committed in the hopes that I could stay with Natural Power after my six-month internship was over. This came true for me last month, and I can’t wait to continue learning and improving. When I left school, I wasn’t sure of what I wanted for myself, but I didn’t want to throw myself into a degree for the sake of it. I’ve now found a degree that covers earth sciences, environmental sciences and renewable energy, and I can study from home while learning just as valuable skills and expertise on the job.

The Galloway Glens Landscape Partnership project is a National Lottery Heritage Fund supported project, hosted by Dumfries and Galloway Council. It’s aim is to connect people with their heritage and to support sustainable rural communities. A key strand of this is in creating opportunities for our young people to stay in the region with fulfilling careers, and so the Galloway Glens has created an internship programme that supports local businesses and organisations with half of the costs of offering fully-paid internships. For more details about this programme, contact Helen.Keron@dumgal.gov.uk. For more details about the Galloway Glens and its projects, see Gallowayglens.org. 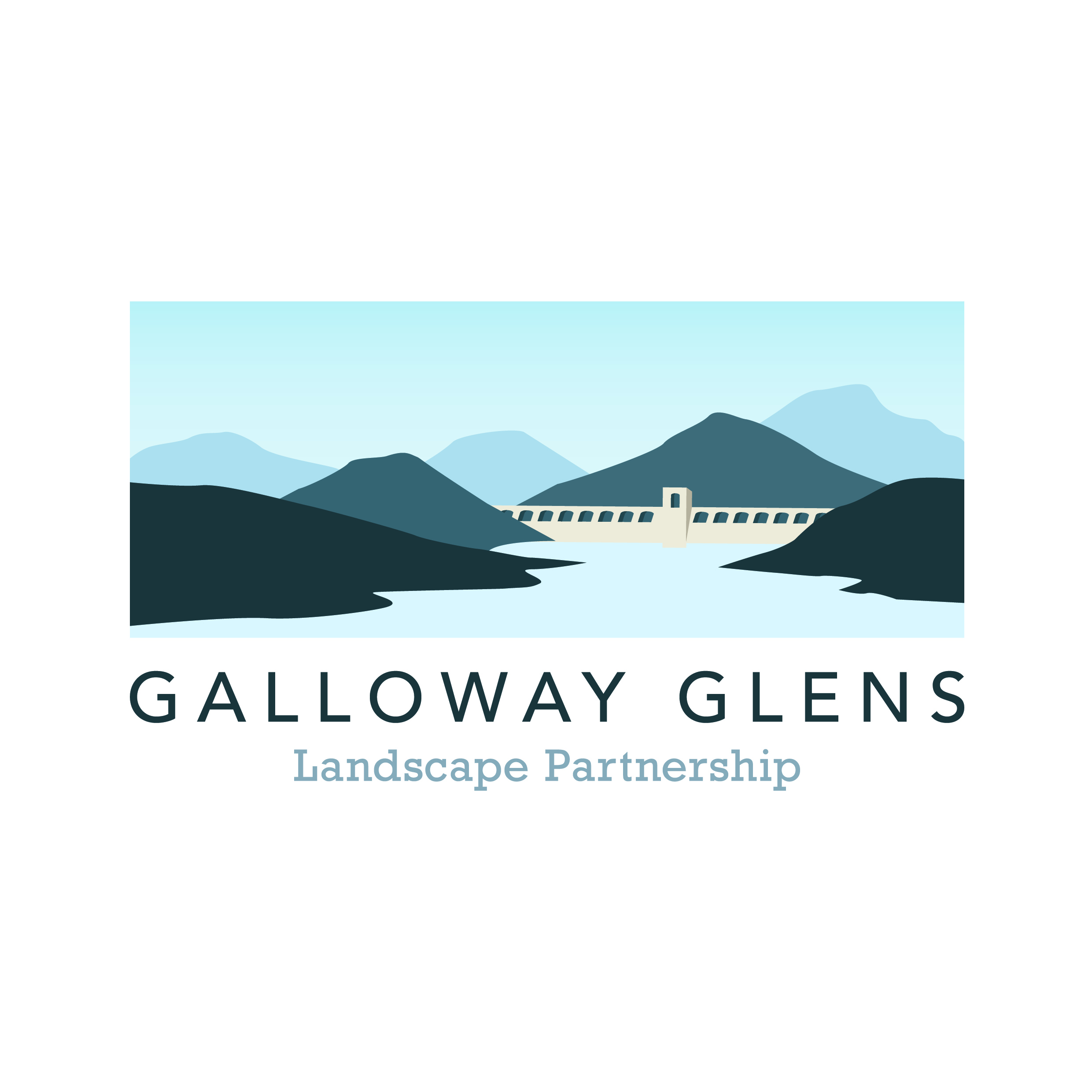 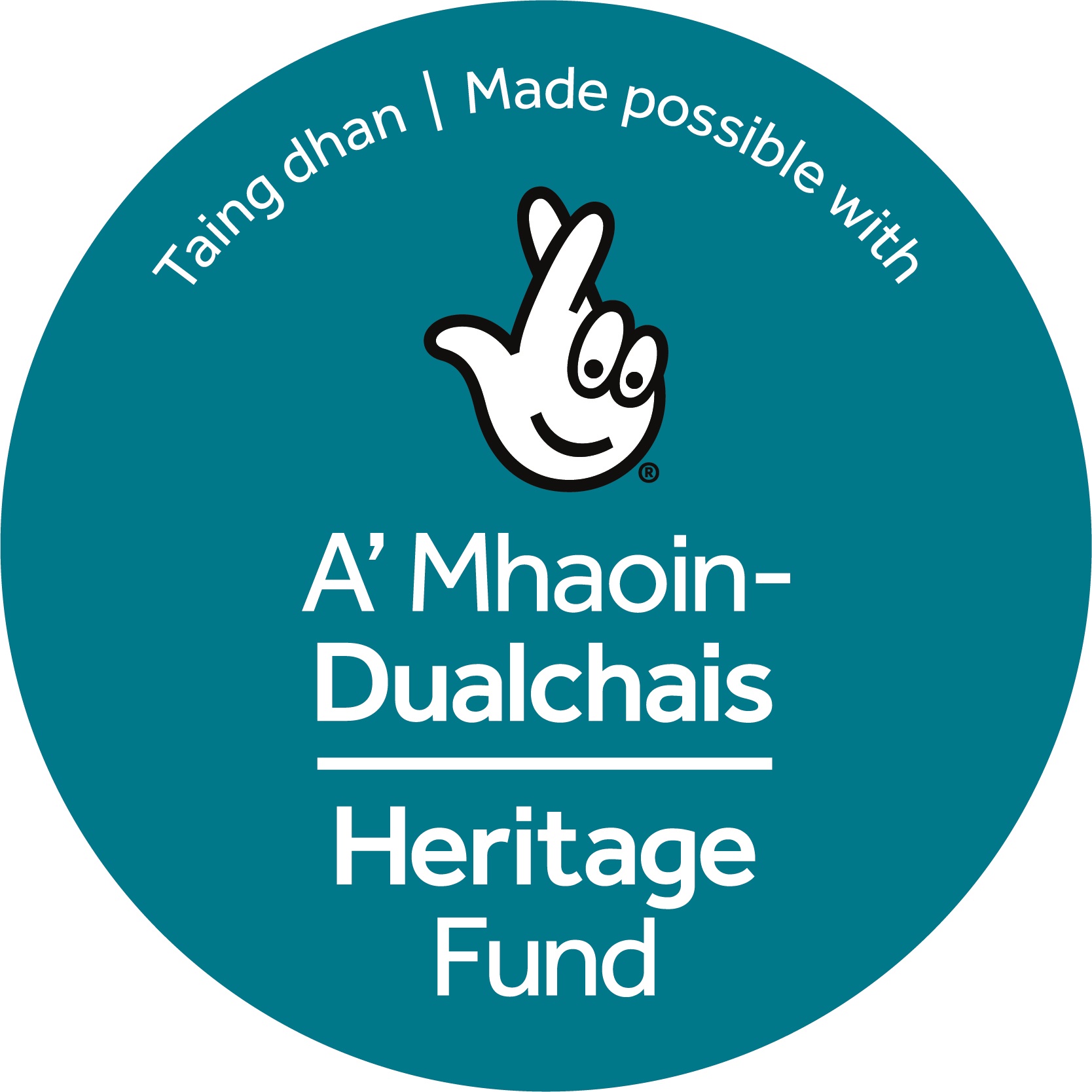